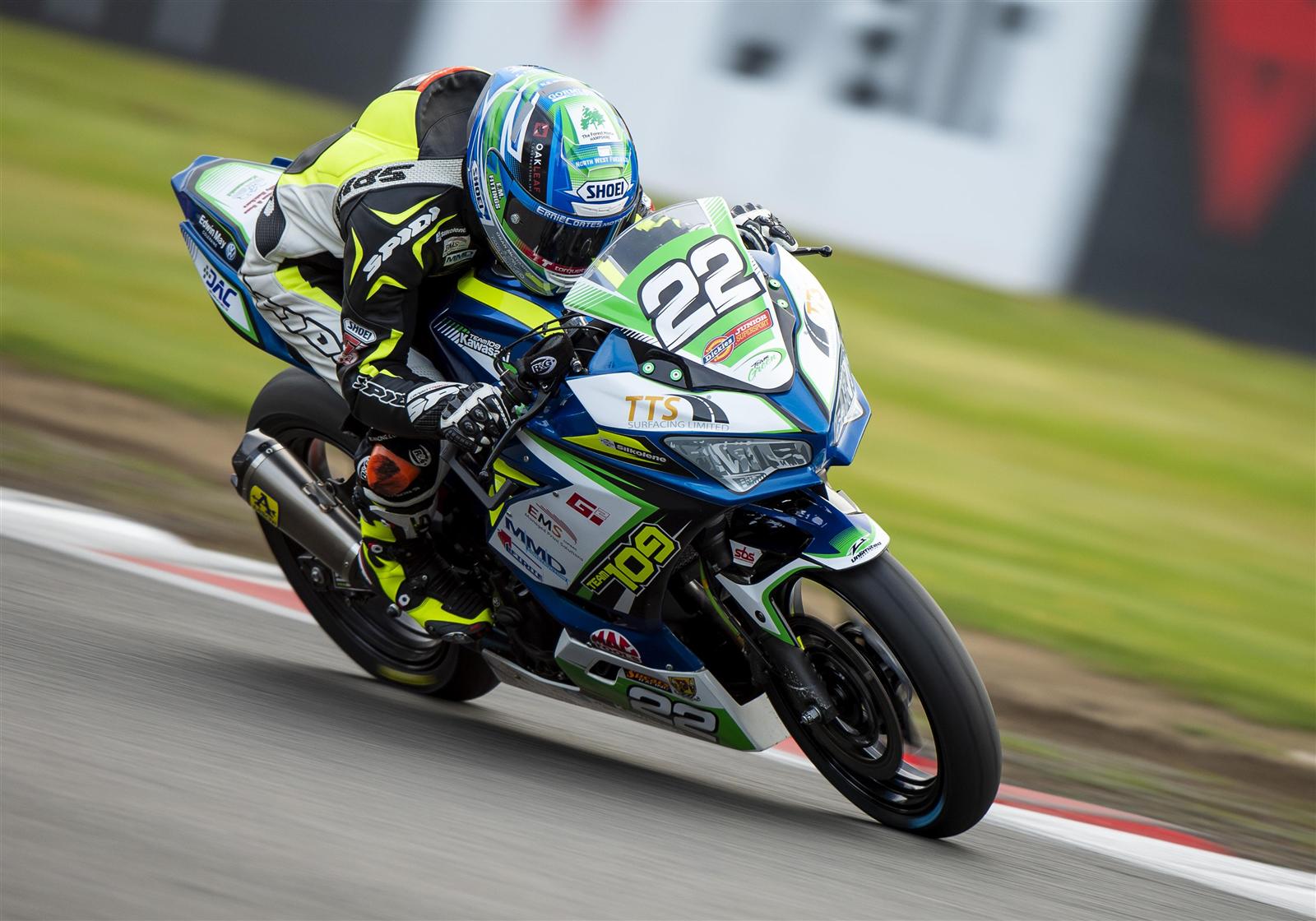 The 2018 British Superbike season was one to remember for twenty year old Eunan McGlinchey, who took the first ever Junior Supersport British Championship title with his Team 109 Kawasaki Ninja 400, simultaneously establishing himself as one of the brightest up-and-coming talents in the paddock.

In light of this unrivalled success, Kawasaki Motors UK are pleased to be elevating their level of support and offering Team 109 Kawasaki full Team Green backing in 2019.

Additionally, the championship winning Irishman will be turning it up a gear in the Pirelli National SuperStock 600cc class with the new and improved Kawasaki ZX-6R 636, which has recently been accepted to compete in the middleweight racing class.

Alongside McGlinchey in the Team 109 Kawasaki outfit will be sixteen year old Curtis Trimble from Bangor and 14 year old James Mcmanus from Randalstown, who will both be sporting the lightning fast Kawasaki Ninja 400 within the Dickies Junior Supersport class.

Team 109 Kawasaki Manager, Paul Tobin is raring to go, saying, “All of the team can’t wait to go racing again after the success of this year, especially now that our 2019 plans are finalised.”

“We are delighted to have Eunan riding with us again and he is moving up to a very competitive class so he will have a lot of learning to do on the new Kawasaki Ninja ZX-6R 636. His confidence is high after becoming a British Champion this year and he is hungry for more success, so I have no doubt that with his talent he can push towards the front of that class next year.”

“Curtis Trimble joins us on our Championship winning Ninja 400 next year and coming from a Motocross background, plus having won races at British Schoolboy level means he has got serious talent. Having never been to any of the BSB circuits, he will be learning and adapting to riding on tarmac through the year, but he has the talent to be at the front we believe.”

“James McManus is the youngest member of our squad and he has only been riding for less than a year, including 3 races in the Junir Supersport class last year and finishing inside the top 10 at Silverstone, which is very impressive. He is one to watch for in the future as we know he certainly has the talent. We would like to thank Team Green for supporting our young riders and Team 109 in our racing endeavours, which will help us achieve more success next season,” Paul commented.

Kawasaki Motors UK Senior Racing Coordinator, Ross Burridge is pleased to be working even more closely with the class leading team, saying, “Paul and the entire team are a fantastic group to work with, who have huge passion for motorcycle racing and one of their main interests is nurturing and developing young talent in the sport. This approach mirrors our ethos within Team Green, which makes it even more exciting for us to work together. Watching Eunan dominate on the Ninja 400 this year was fantastic and I truly believe that he can do the same thing next year on the new Ninja ZX-6R 636. We also have a lot of faith in his team mates, James and Curtis, who we think will be pushing towards the pointy end of the championship.”