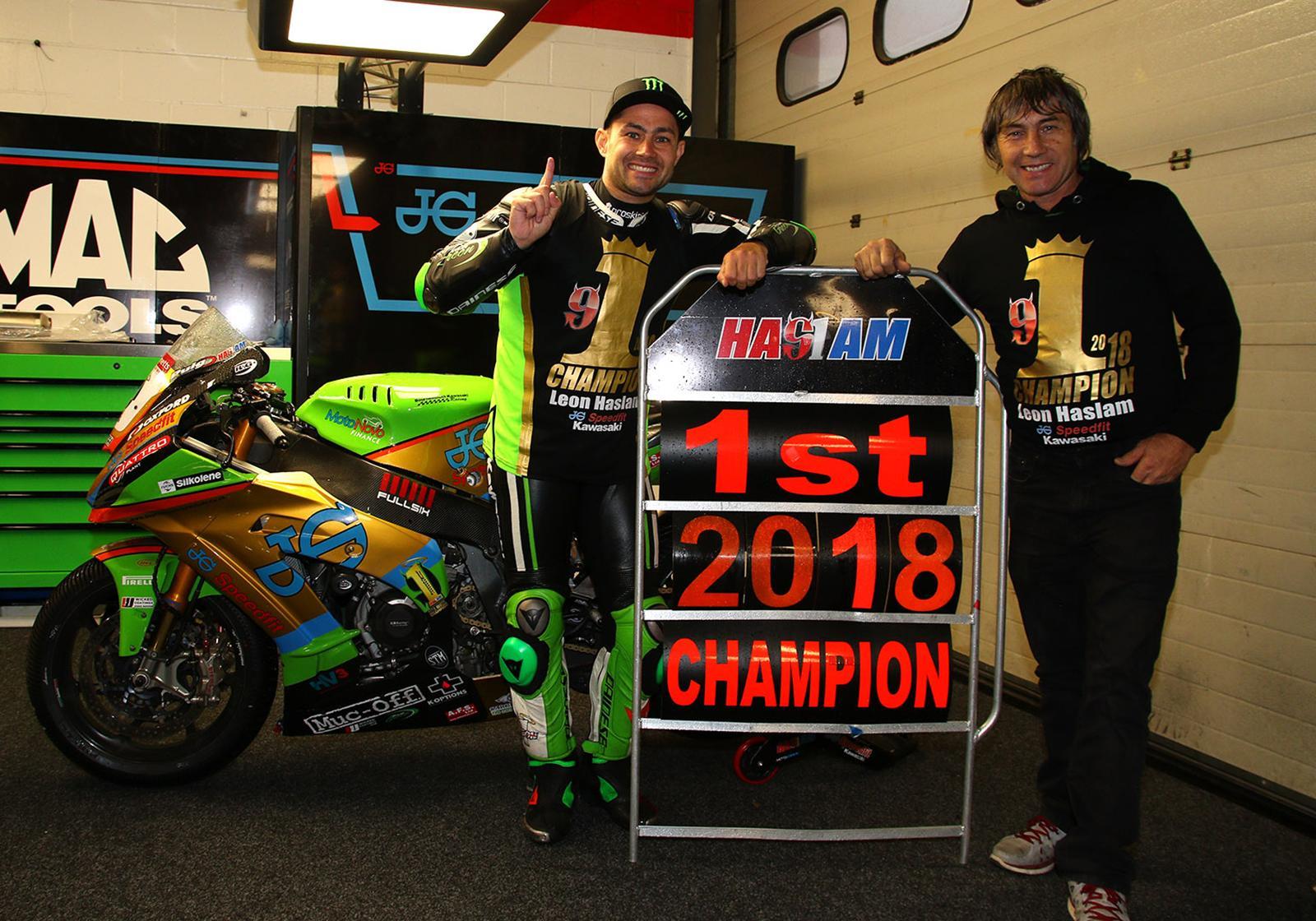 Conditions were fine on the first day of racing at the final round over the weekend, spurring Haslam on to cross the line in 6th place and offering him enough points to grasp the title with two races to spare. It was race 2 on the second day where Leon won his first ever race at the Brands Hatch GP Circuit and in turn the victory added up to 15 race wins this season from the 35 year old, who over the last three years has won at every circuit on the BSB Championship calendar aboard Kawasaki machinery.

In remarkable form, the BSB champion finished every race this season. Luke Mossey also competed under the same team banner this year and Kawasaki Motors UK would like to thank Luke for his service, wishing him the best for his future endeavours.

For the first time in recent history Kawasaki riders have made it 1-2 in the championship, with Jake Dixon rounding out the Superbike class 70 points behind Haslam.

Kawasaki also ended the 600cc Supersport class on a high note in the form of Ben Currie placing 2nd overall on the championship leader board. Currie’s Gearlink Kawasaki teammate, James Westmoreland won the final race of the season with his Ninja ZX-6R and rounded out the overall series podium in 3rd place.

Topping off a near flawless year of BSB racing for Kawasaki riders, Irishman Eunan McGlinchey fought tooth and nail to win the Dickies Junior Supersport Championship with his Team #109 Kawasaki Ninja 400, establishing himself as one of the brightest up-and-coming talents in the paddock.

Kawasaki Motors UK Senior Racing Coordinator, Ross Burridge expressed his gratitude, saying, “Thank you for everything over the past 3 seasons Leon and we wish you the best of luck in the World Superbike Championship with the Kawasaki Racing Team next year. I’d also like to thank every other Kawasaki rider in the domestic series this year for their tireless efforts and determination to hit the top step of the podium. Now is the time for us all to enjoy the fruits of their labour and we look forward to welcoming Glenn Irwin to contend for the 2019 BSB title with our official Superbike team in the British Superbike Championship.”

Stay tuned for the announcement of Glenn Irwin’s team mate, to be made next Wednesday, 24th Oct.