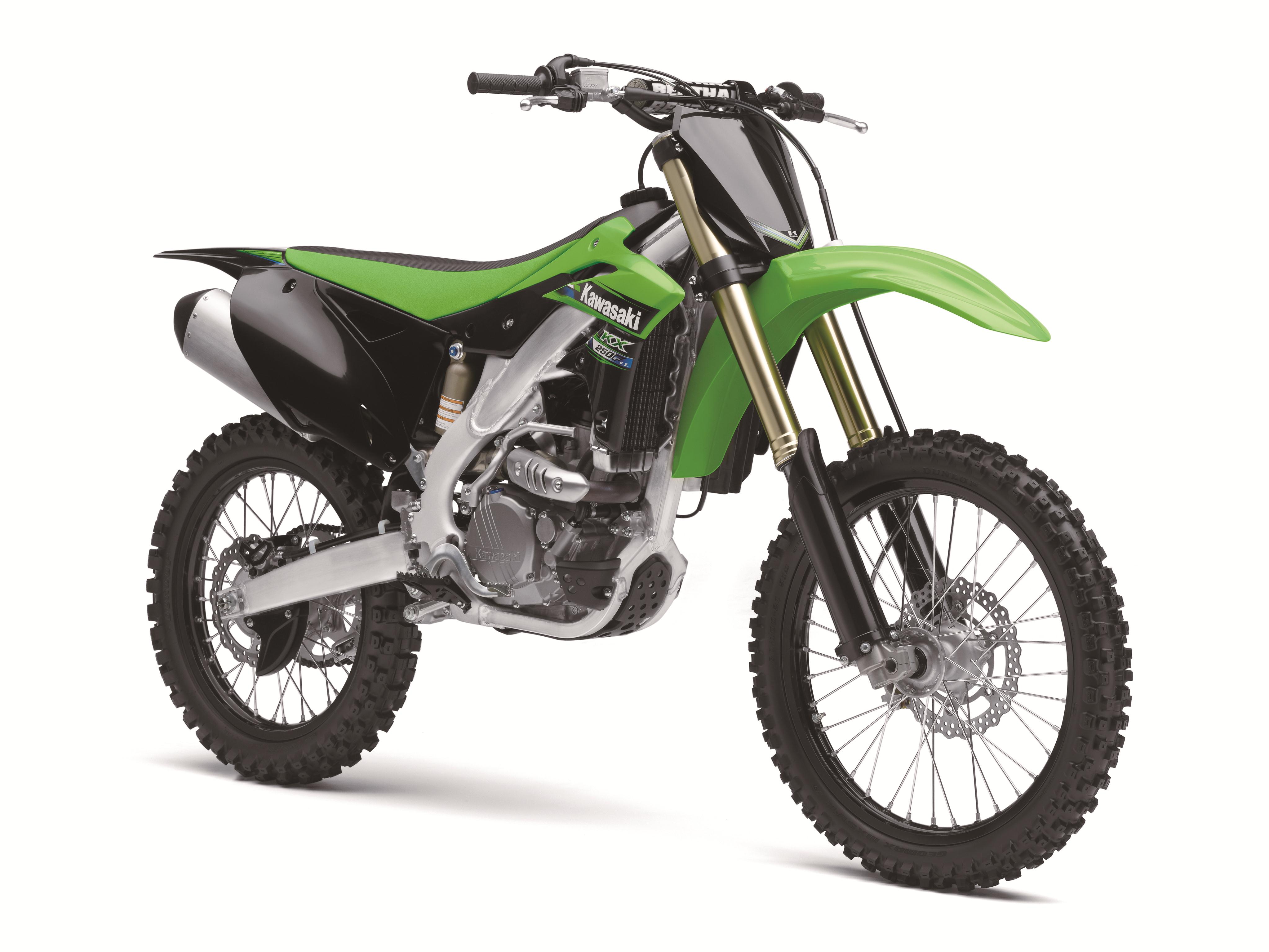 With a heritage stretching back forty years, the Kawasaki KX model line is justifiably famous and hugely successful in terms of race and Championship wins; the most recent of which being the domination of the 2013 AMA Supercross Championship by Ryan Villopoto on his factory KX450F.

Displaying many features developed by Villopoto and other top factory racers, the new 2014 KX250F and KX450F have been further refined and updated to deliver the race winning ability and season-long durability that Team Green machines are revered for.

For the KX250F, the headline news for the coming year is the addition of electronic launch control, a feature that will make it a “must have” bike in the MX2 paddock. Established as a hole-shot grabber for the KX450F, the addition of the simple to use left handlebar push-button feature for the 250cc machine adds an ever greater layer of desirability to the already highly successful package.

New too for the KX250F are front engine mount revisions for better front wheel grip, new handlebar grips, modifications to the gear selector and gearbox selector dogs and revised settings for the SFF front fork and rear Uni-Trak suspension settings. Aesthetically the KX250F now shares the same white number boards and rear mudguard as the KX450F.

What remains is the huge power and traction advantage of dual fuel injectors allied to a straight inlet tract plus the ability to change engine map settings trackside with the aid of three “plug and play” options for normal, soft and hard pack tracks.

For riders who want to further fine-tune their mount – or look at several hours of recorded machine data – the optional factory Fi calibration kit will again be available for both the KX250F and KX450F making them among the most tuneable and easy to re-map machines in the paddock.

Having dominated the indoor AMA Supercross Championship again in 2013, Ryan Villopoto considers the KX450F as an ideal weapon of choice in the cut and thrust of a sport that is followed by millions in the USA and around the globe. 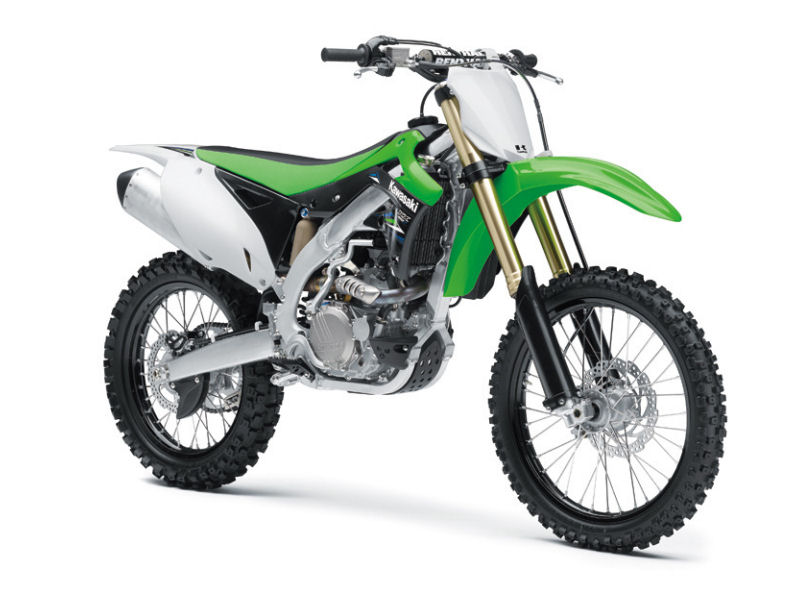 Changes to the incoming KX450F are naturally focused on keeping sacred what has become a formidable machine of choice for Supercross and MX1 riders while making small changes and upgrades to keep Kawasaki’s KX range leader infront of the chasing pack.

With revised settings, the highly adjustable PSF pneumatic front fork remains a key feature of the 450F and so too does the electronic launch control mode plus the bridge bottom piston technology both of which were developed by factory Kawasaki teams in the white heat of MX1 and Supercross competition. The spec of the Flagship KX450F will no doubt keep the chasing pack doing just that….chasing whilst the KX leads!

Summing up the duo of upgraded adult machines for the 2014 season, Steve Guttridge, Race Planning Manager for Kawasaki Motors Europe, enthused about the carefully considered refinement of the two machines.

“The KX450F is at the top of the pile right now in terms of Supercross. Ryan has shown how dominant the machine can be and we are sure to see more riders on our KX range leader in the season to come.

For MX2 riders, the KX250F was already a “must consider” machine with an enviable reputation for durability and performance. With the addition of electronic launch control for 2014 things have been taken to an even higher level which will reward weekend riders in local events as much as the top MX2 pilots on European and World stages.”

With further announcements in the coming weeks you can be assured that after 40 years of the KX range, Kawasaki are showing no signs of slowing down on new model development.

Here’s to another great season!