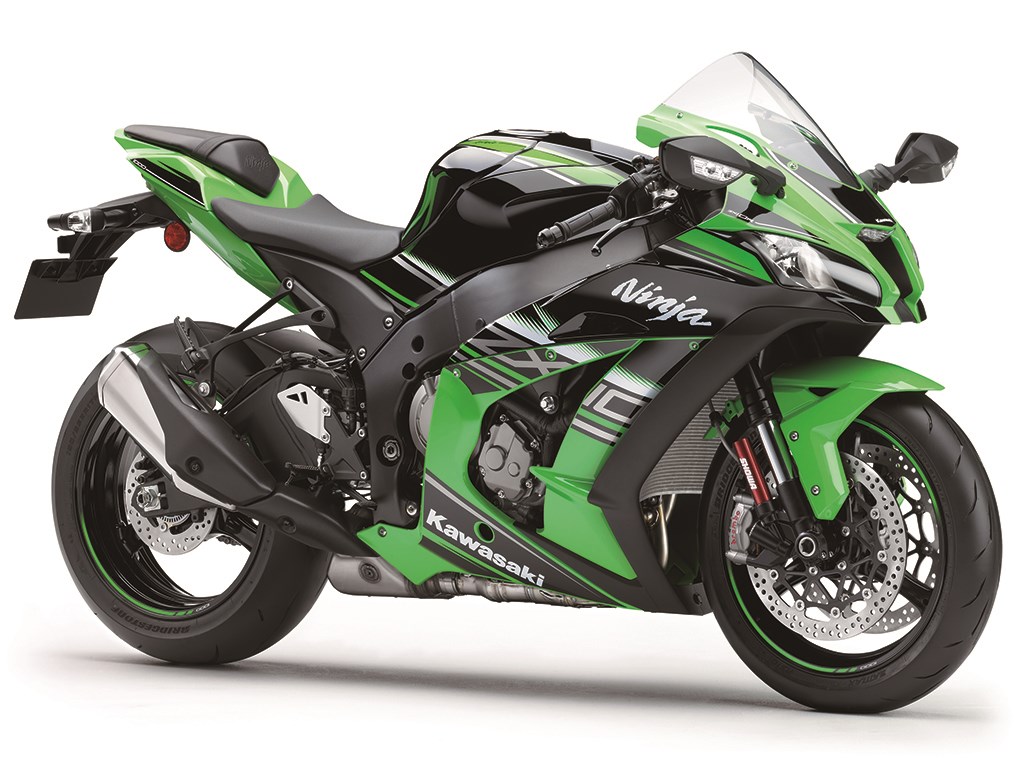 Kawasaki have just unveiled their 2016 ZX-10R superbike in Spain, making this the first major update of their flagship sportsbike since 2011. The changes that define their new model have all stemmed from their on-track success in the World Superbike Championship.

Unveiled today by Kawasaki's very own newly crowned World Superbike Champion Jonathan Rea, the new Ninja ZX-10R is the closest a rider can get to a factory superbike and still ride to the shops! Developed in close cooperation between KRT and the Kawasaki factory in Japan, the 2016 ZX-10R has benefited from the input of two Kawasaki Superbike champions, Jonathan Rea and Tom Sykes.

The current Ninja ZX-10R has dominated the racetracks of the world, in Superbike and Superstock formats since its introduction in 2011. In the UK the ZX-10R has been the Superstock Championship winning bike for the last 4 seasons and Shakey Byrne has taken the top spot twice on a Ninja ZX-10R so far.

“To go fast, you have to make easy to go fast!” Matsuda san – Project leader for Ninja ZX-10R.

Everybody knows that when a bike is easy to ride it’s easy to ride fast. If a bike is a handful and trying it’s best to rip your arms off only the very best riders can tame the bike. Matsuda san, the project leader, has worked on every area of the bike to make it the most accomplished race bike but also because this matra – a fantastic road bike too.

So what have the engineers been working on...?

Massively re-engineered and fully Euro 4 compliant. Even with a new catalytic converter 2.6 times larger than the 2015 bike – power is 200ps.

Kawasaki’s most complete and advanced electronics package ever! Already very highly regarded, the ZX-10R's traction control system for 2016 takes feel and predictive control to another level.

Input from the new IMU enables a new control function: cornering management, which assists riders in tracing their intended line through the corner.

Developed with KRT suspension partner Showa and used for the first time ever on a production bike -this is the next level of suspension!

Damping force is generated outside of the main tube (in the Damping Force Chamber). This allows the whole surface of the main piston to act as a pump, pushing oil towards the valves.

Compression and rebound damping are generated (and adjusted) completely independently from one anotherand give improved damping force responsiveness (compared to a conventional fork). This results in superb traction and absorption performance.

Geometry of the bike is changed too, the front forks are closer by 7.5mm effectively making the front end “shorter” and places more weight over the front tyre and gives great feedback to the rider. Overall the wheelbase is longer thanks to a new longer and stiffer swingarm that is matched with a new suspension linkage and Show “Balance Free” rear shock.

With the race kit, riders now have the opportunity to change to fork position (+/- 4mm forward or backwards) and swingarm pivot (+/- 2mm up or down) for track conditions and layout.

To further improve the Ninja ZX-10R’s corner entry performance on the circuit, a high-spec Brembo front brake system comes as standard. The Brembo system – very similar to the system used on the Ninja H2R – includes the best components available for a mass-production model.

Special tuning at the Brembo factory ensures that all play has been removed from the system, so that when the brakes are called for, they respond immediately.

A tighter looking back end and a more aggressive and fuller front cowl are as expected developed from KRT wind tunnel testing to give the best “work area” to concentrate on hitting braking markers and apex’s.

First deliveries to the UK are planned for late January early February 2016. The base model will be available in Metallic Matt Carbon Grey, plus there is a special KRT Edition colour scheme.