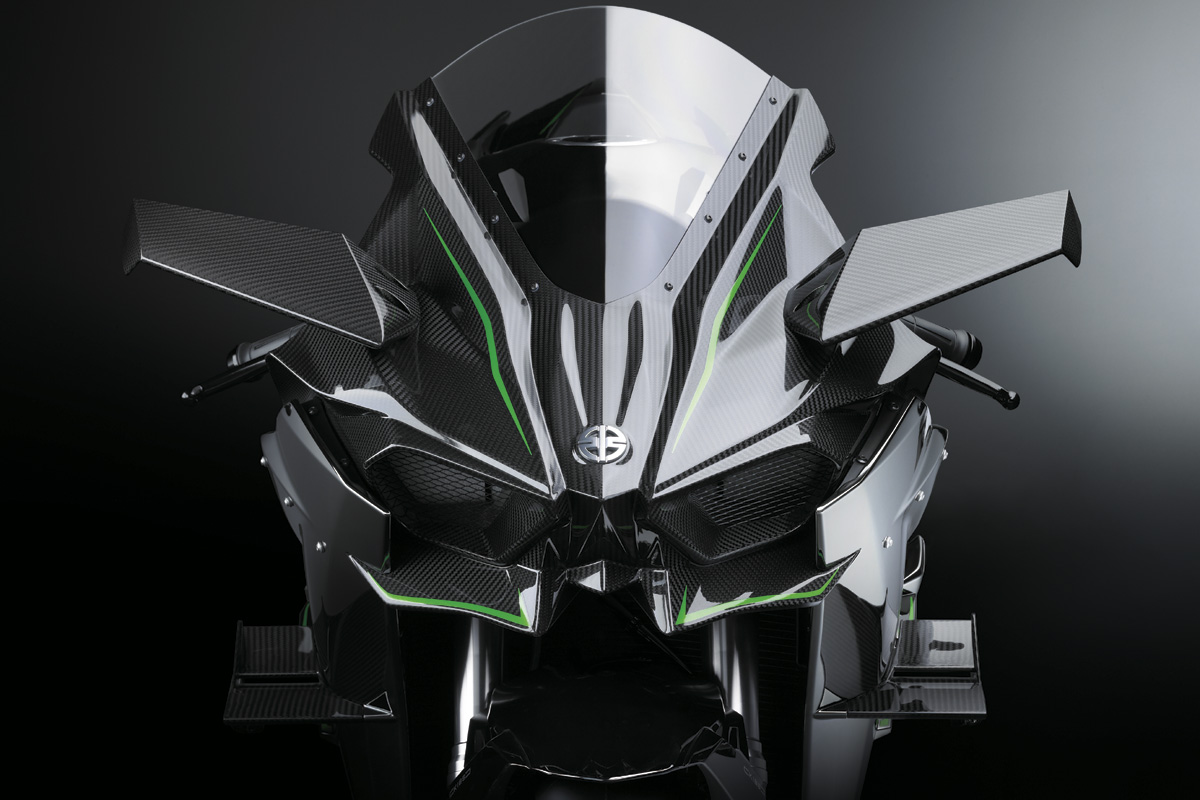 Kawasaki seized the initiative at this year’s event with no less than three new machines for 2015 announced including a preview of the stunning H2R Supercharged hyper-bike.

With a design target of nearly 300 horsepower, the machine which will be hand-built and for use on closed course venues only, was the undoubted star of Press Day. Over five hundred members of the European media were on the Kawasaki stand to hear a speech by Managing Director of Kawasaki Motors Europe, Mr Masa Inoue.

Pointing out the fact that Kawasaki have been consistently bringing new models to market for the past decade or more, Mr Inoue also commented on Kawasaki’s company spirit and the pride that is felt across the whole of Kawasaki Heavy Industries regarding the machines created by the motorcycle division. This pride, he said, was matched by the enthusiasm of owners via considered feedback that helps to refine and develop future models.

None more so than the new Versys 650 and Versys 1000. Already with a considerable following, both machines now feature a horizontal twin-headlamp design and numerous other styling updates bringing a contemporary look and feel to these any-road machines.

From a practical point of view both machines also now have the option of colour coded panniers and top cases which, in the case of the panniers, reveals the launch of a new “clean mounting system” that leave no unsightly frames or mounting points when the luggage is removed. With more torque and power for the new season, the Versys 650 was very well received by the crowds in Cologne, likewise, the Versys 1000 – which has suspension revisions, more screen adjustability and uprated ABS among other revisions – was judged a worthy styling and engineering upgrade.

That left the “Go To” bike to be unveiled. With a media “scrum” quite unlike any seen in recent years, the Ninja H2R was unveiled. As Mr Inoue commented, it has a “target power of 300ps” and is a closed course machine only with the potential for stunning acceleration and performance. Complete with aerodynamic stability aids, a Supercharger built entirely in-house by Kawasaki and the very highest specification components, the H2R signifies a moment in time in both Kawasaki history and the time-line of motorcycling itself.

With more news of the H2R project – and details of the road-going 200ps H2 machine – the excitement is already building towards the EICMA show in Milan in a few weeks’ time.

Marketing Manager for Kawasaki Motors UK, Mark Spiller, commented, “With such a loyal following the Versys family is now ready for the 2015 season with a raft of updates. It’s great to see customer feedback being integrated into new designs and that the overall “family feel” of the designs is as cutting edge as ever”.

Of the H2R, Sales Manager for the UK, Craig Watson, said, “The reception was unbelievable – so many people were overawed by the H2R and already in the UK dealers are reporting incredible interest. Our advance order enquiries are growing by the hour and with so few H2R machines being produced the demand looks set to far outstrip supply”.