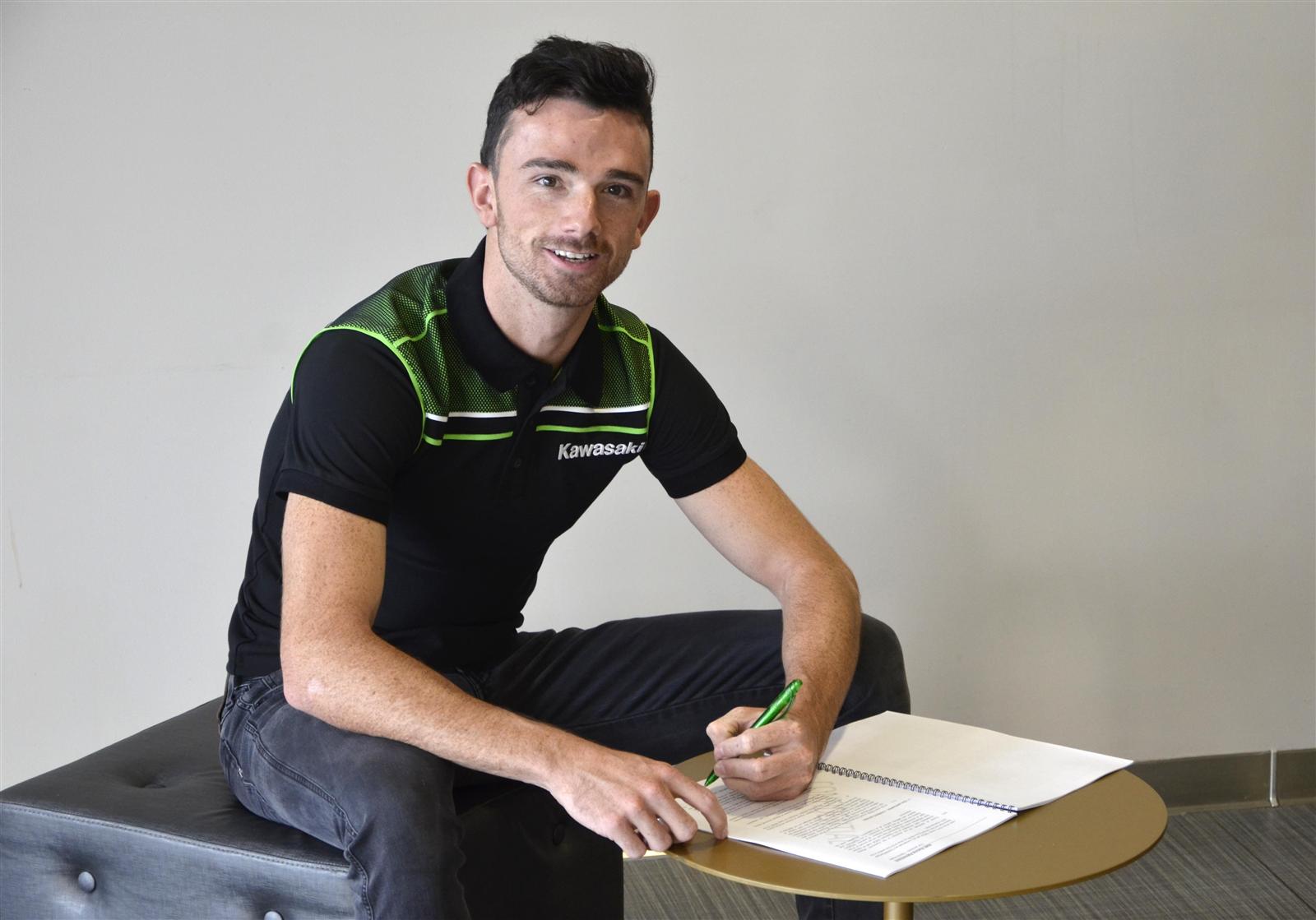 Currently sitting in 4th place on the Superbike championship leader board, this year the Northern Irish rider has displayed a robust performance in what has only been his third year of Superbike racing in the BSB Championship.

Irwin and the JG Speedfit Kawasaki team will continue to enjoy a level of support from the WorldSBK Kawasaki Racing Team backed by Kawasaki Heavy Industries, which has aided the team in achieving the success they have enjoyed so far. Combined with an improved 2019 Kawasaki Ninja ZX-10RR and Irwin’s results so far this season, the JG Speedfit Kawasaki team will be aiming for nothing less than a championship title in 2019.

“I’m over the moon!” exclaimed Irwin. “I feel like I’ve served my apprenticeship in the BSB Championship now and moving back to Kawasaki now after much success in the Supersport class is the perfect opportunity. Also hearing the enthusiasm from the top at Kawasaki about me signing for them is worth its weight in gold. I thrive on that and I look forward to being in that environment.”

“I can’t wait for my first ride of the new Kawasaki Ninja ZX-10RR. Also, I’m looking forward to learning from my new team given their experience and success over the past three seasons,” said the modest twenty eight year old.

“I started paying close attention to the new 2019 Ninja ZX-10RR when the conversations began with Kawasaki. I believe the chassis is phenomenal and it will be a bike that can be ridden hard. The engine was already strong, so with the updated engine we should have even more power and an even better handling bike. You only need to look at what the current bike has done, so it will be nice to jump on a proven package with some upgrades that will make the new model even better,” Irwin said.

The first testing session for Irwin and the JG Speedfit Kawasaki team is planned for November, where they will be dialling in the new 2019 Ninja ZX-10RR that features an array of enhancements over the previous model, including finger follower valve actuation and titanium connecting rods. There will be no time to rest for the Kawasaki outfit based out of Bournemouth. Irwin’s new Superbike will be built immediately after the end of this year’s BSB Championship where Kawasaki and the team’s current rider, Leon Haslam hope to be crowned Champions in a just a few weeks’ time.

Kawasaki Motors UK Racing Coordinator, Ross Burridge expressed his excitement saying, “We’ve known Glenn for a number of years now and we have watched his quick rise through the British Superbike ranks with some interest. We feel now is the time for Glenn to make a formidable assault on the title and we believe that the new Kawasaki Ninja ZX-10RR will be the perfect tool to help him achieve greatness. The JG Speedfit Kawasaki Team have done a fantastic job over the past couple of seasons, winning countless races and we can’t wait to see how the two will work together next year, hopefully notching up many more race wins between them!”