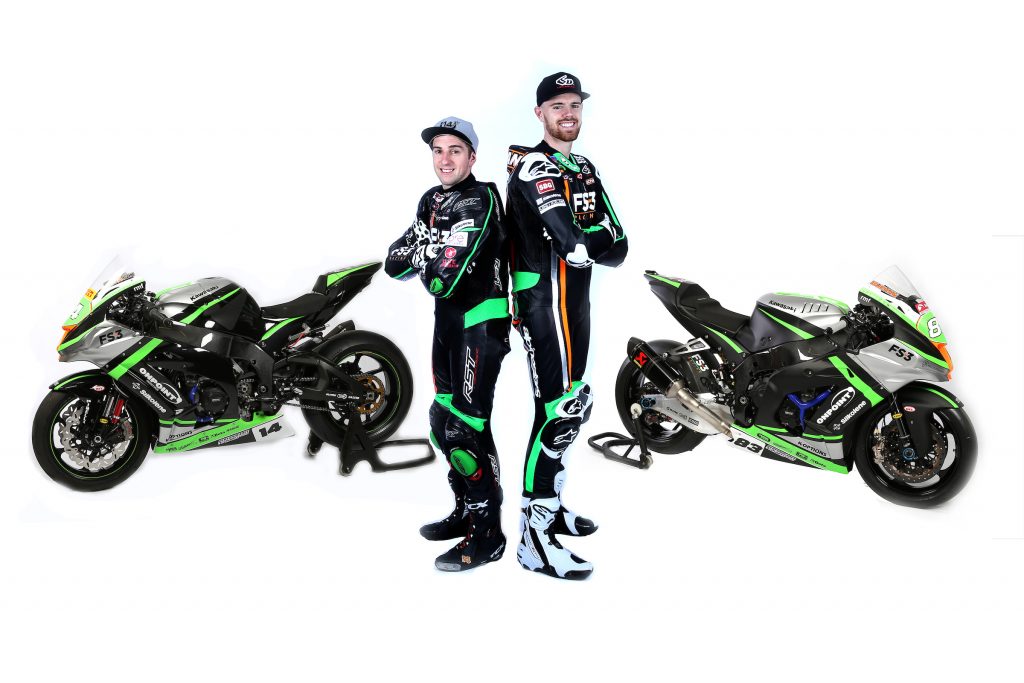 After an exciting 2017 season in the Superbike and Superstock 1000 classes for FS-3 Racing Kawasaki, the Leamington Spa-based team is looking ahead to 2018 with renewed vigour thanks to a fresh rider line-up.

After being crowned 2017 National Superstock 1000 champion, Danny Buchan is moving back into the Superbike class with FS-3 Racing Kawasaki to fight for victory on the Ninja ZX-10RR – a bike which he had so much success with this year.

“Thank you to Nigel and Darren at FS-3 Racing for giving me an opportunity to be back in the Superbike class and thanks to Kawasaki UK and Team Green for adding another year to our already strong relationship, which was formed in 2010! I'm happy to be going back into the premier class on a bike I know so well and coming off a championship win is always great. I've been in this position before so I know what I'm jumping into, but now I'm three years older and three years wiser, so that puts me in a better position. I will also be working with Matt Llewellyn as my crew chief, with whom I had a couple of podiums in 2015, so the recipe is good. We are going to work hard throughout winter to be best prepared come round one.”

“I’m really looking forward to joining the Kawasaki brand once again. Last time I rode a Kawasaki I had great success and won the Junior Superstock Championship. Making a return to the Superstock 1000 class as it stands now is really exciting for me with how competitive it is. It’s also fantastic joining a well-established team who I am sure will put a great bike underneath me.”

Team owner Nigel Snook is delighted with his fresh new team and commented:

“We have two riders who are very capable in their respective classes and we can't wait to see what they will be able to achieve next year. The British Superbike series is moving from strength to strength and we are excited to be a part of this once again in 2018, contesting in not one but two of the premier classes in BSB.”

“Kawasaki and FS-3 Racing are forging a strong relationship, and although 2017 hasn't gone to plan for them, we are confident they have the structure and passion to succeed. Danny and Lee are both great riders and I believe that with the right testing programme, they can run at the front of their respective fields from the outset. Time to get to work guys! Roll on 2018...”