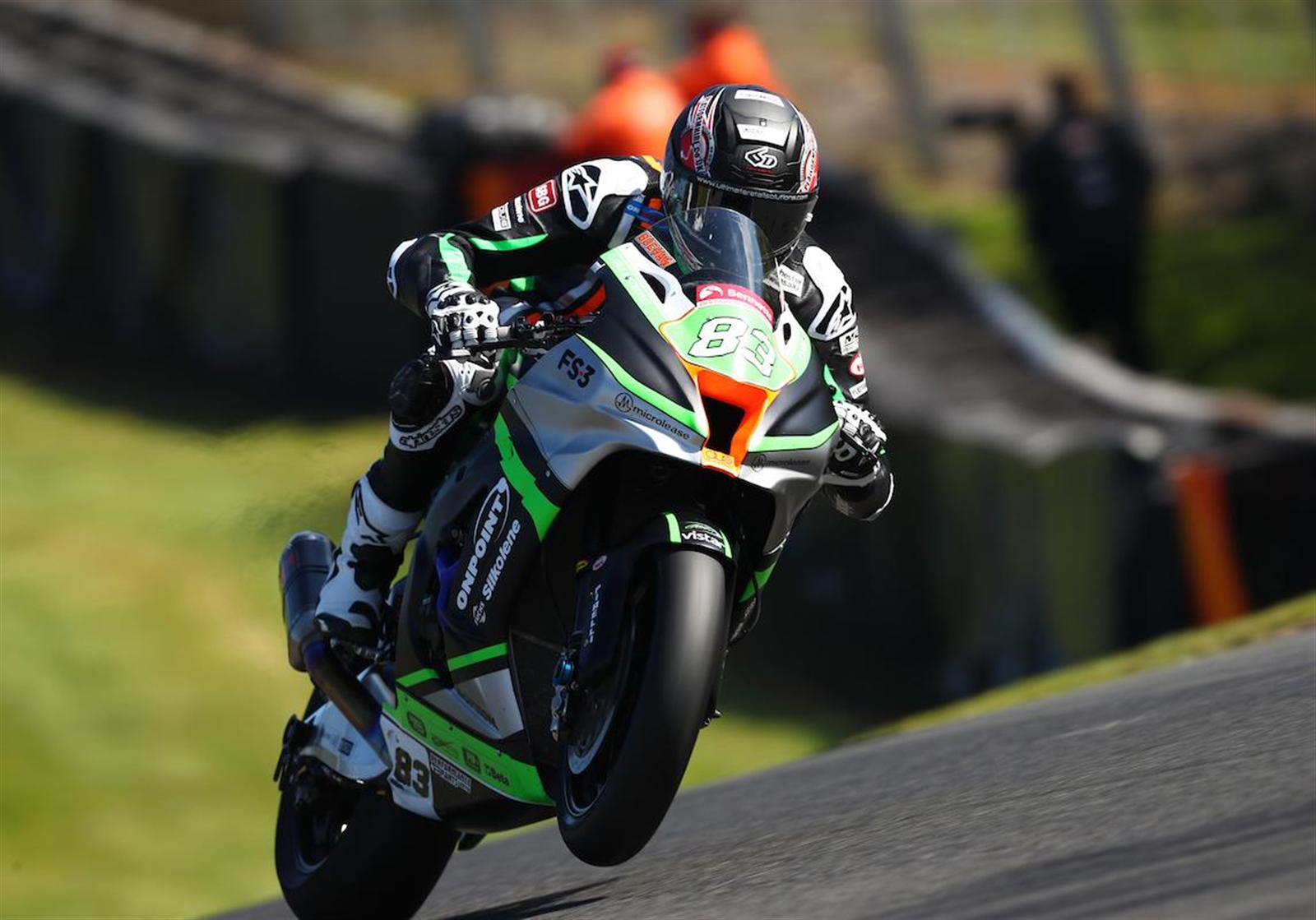 The 2017 BSB Superstock 1000 Champion has enjoyed a successful return to the Superbike class this year, having just missed out on a Showdown position and comfortably finishing on the podium earlier this season.

Already accustomed to the current Ninja ZX-10RR, the 25 year old from Essex is looking forward to the updated 2019 model and consistency in team structure, staying with FS-3 Racing Kawasaki for the second year running.

Danny Buchan said, “I am really happy to be staying with FS-3 Racing Kawasaki for next year because we have worked so hard this year and I know that we have much more still to come. The consistency is so important for 2019, especially with so many changes in other teams; I know what we can achieve and I think it can only get better.”

“I really feel that we are front-runners; it is like I have said before, you either sink or swim and I am a swimmer! We all want to be even stronger next year and with the improvements we have made working together with Kawasaki, we will be ready to roll at round one.”

“We just missed out on the Showdown this year, but that has to be the goal for 2019 and to be regularly fighting for the podium. We have shown we can do it, so we need to raise the bar again and I am excited to be doing it again with a team and crew that I know,” Danny commented.

FS-3 Racing Kawasaki Team Principal, Nigel Snook is pleased with Buchan’s accomplishments this year and is enthusiastic about the new Ninja ZX-10RR package they have planned for 2019 saying, “Giving Danny an opportunity to capitalise on his second Superstock title and establish himself as a superbike rider this year was a calculated risk, but one we’re delighted paid off.”

“He had a strong and consistent first half of the season, including the two podiums at Knockhill and that brought Danny to within four points of a Showdown place.”

“Danny and the team have established a close and positive relationship which should give us a head-start next season. On the technical side, we’ll have the benefit of the new engine from Kawasaki and we’re building on our close relationship with K-Tech which includes a planned three-day suspension development test in Spain in mid-November.”

“Together, Danny and the team have the speed and equipment to be regular front-runners, so making next year’s Showdown is our number one objective,” Nigel said.

Kawasaki Motors UK Racing Coordinator, Ross Burridge believes that FS-3 Racing Kawasaki have a formula for success in 2019 saying, “Danny has been part of the Kawasaki and Team Green family for a number of years now so I am delighted to see him stay with the brand for another season. The FS-3 Racing Kawasaki team have helped Danny out a great deal this year and between them, they have achieved a fantastic set of results. Consistency is key in racing and with that, plus a happy environment in the garage I am sure that 2019 will be even more fruitful for rider and team. I personally wish them the best of luck."